You are here:
MediaRadio 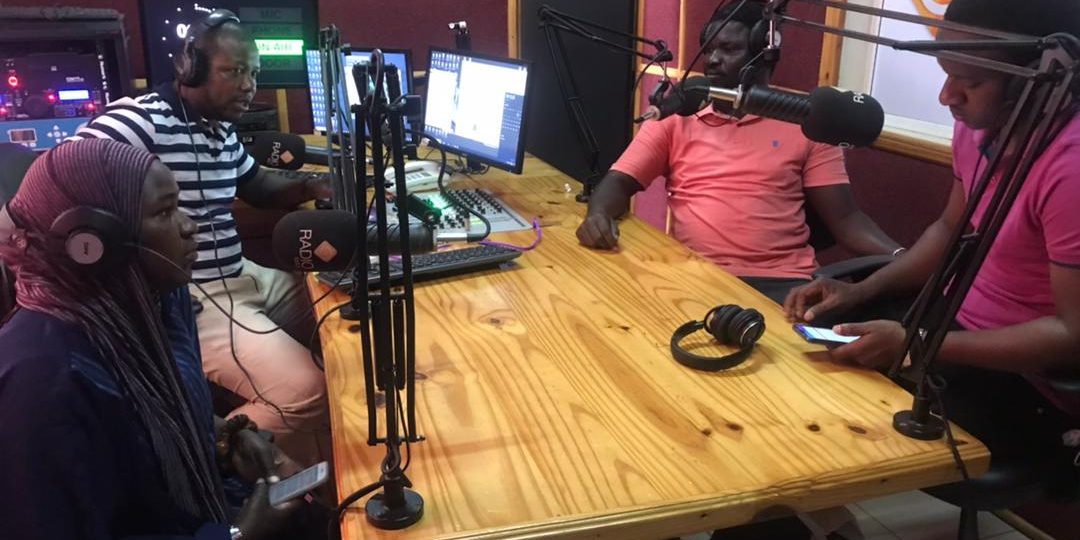 A radio show making the airwaves in The Gambia has hit its second phase. The show dubbed ‘The Mandate’ which is held every Saturday from 10 am to 11 am is a radio program designed around raising awareness on the use of hate speech, misinformation, and falsehood by candidates and their supporters around key political issues such as insecurity. The show also focuses on politics, economy, and other facets that directly affect the lives and livelihoods of Gambians.

This show has reached thousands of Gambians, mainly the marginalized and the less privileged whose voices are hardly captured in the mainstream media. It is an hour-long program, which allows people to phone in during the final 30 minutes of the program and express their opinion on the topic of the day or suggest new topics for the following week’s discussion. During the first phase (March- November 2021), we have interacted with about 200 callers across the country.

During the first phase of the ‘Mandate’ Muhammed S. Bah, Journalist and Human Rights advocate and also President of The Gambia Press Union (the moderator) and Sait Matty Jaw Executive Director of the Centre for Research and Policy Development (CRPD) successfully held about 30 episodes. During the period, the platform engaged individual experts from various fields, which include, Civil Society, public and private officials, local farmers, among other Gambians ahead of the 2021 presidential election. In particular, the Independent Electoral Commission (IEC) was invited to shed light on the electoral process which helped people to understand why it was important to register and vote. As per the demand of the callers, the program was also able to invite officials from Gambia Revenue Authority (GRA) to shed light on the tax system and why people must pay tax.

The program was initiated by the CRPD with support from the Centre for Democracy and Development (CDD West Africa) as part of its regional learnings from West Africa. The Show was hosted on Qradio, one of the most listened-to radios in the country due to its Nation-Wide Coverage. Currently, we have held several editions on the second phase of the program which is targeting emerging issues from the presidential election as well as preparations for the National Assembly.